The Acres of Diamonds story ”a true one” is told of an African farmer who heard tales about other farmers who had made millions by discovering diamond mines. These tales so excited the farmer that he could hardly wait to sell his farm and go prospecting for diamonds himself. He sold the farm and spent the rest of his life wandering the African continent searching unsuccessfully for the gleaming gems that brought such high prices on the markets of the world. Finally, worn out and in a fit of despondency, he threw himself into a river and drowned.

Meanwhile, the man who had bought his farm happened to be crossing the small stream on the property one day, when suddenly there was a bright flash of blue and red light from the stream bottom. He bent down and picked up a stone. It was a good-sized stone, and admiring it, he brought it home and put it on his fireplace mantel as an interesting curiosity.

Several weeks later a visitor picked up the stone, looked closely at it, hefted it in his hand, and nearly fainted. He asked the farmer if he knew what he’d found. When the farmer said, no, that he thought it was a piece of crystal, the visitor told him he had found one of the largest diamonds ever discovered. The farmer had trouble believing that. He told the man that his creek was full of such stones, not all as large as the one on the mantel, but sprinkled generously throughout the creek bottom.

The farm the first farmer had sold, so that he might find a diamond mine, turned out to be one of the most productive diamond mines on the entire African continent.The first farmer had owned, free and clear … acres of diamonds. But he had sold them for practically nothing, in order to look for them elsewhere. The moral is clear: If the first farmer had only taken the time to study and prepare himself to learn what diamonds looked like in their rough state, and to thoroughly explore the property he had before looking elsewhere, all of his wildest dreams would have come true.

The thing about this story that has so profoundly affected millions of people is the idea that each of us is, at this very moment, standing in the middle of our own acres of diamonds. If we had only had the wisdom and patience to intelligently and effectively explore the work in which we’re now engaged, to explore ourselves, we would most likely find the riches we seek, whether they be financial or intangible or both.

Before you go running off to what you think are greener pastures, make sure that your own is not just as green or perhaps even greener. It has been said that if the other guy’s pasture appears to be greener than ours, it’s quite possible that it’s getting better care. Besides, while you’re looking at other pastures, other people are looking at yours.

A man I knew in Arizona began with a small gas station. One day, while one of his young attendants filled a man’s gas tank, he watched the customer while he stood about waiting for the job to be finished. It dawned upon him that the man had money in his pockets and there were things he needed or wanted that he would pay for if they were conveniently displayed where he could see them.

So he began adding things. Fishing tackle, then fishing licenses, hunting and camping equipment, rifles, shot guns, ammunition, hunting licenses. He found an excellent line of aluminum fishing boats and trailers. He began buying up the contiguous property around him. Then he added an auto parts department. He always sold cold soft drinks and candy, but now he added an excellent line of chocolates in a refrigerated case. Before long, he sold more chocolates than anyone else in the state. He carried thousands of things his customers could buy while waiting for their cars to be serviced.

All the products he sold also guaranteed that most of the gas customers in town would come to his station. He sold more gas. He began cashing checks on Friday, and his sales grew. It all started with a man with a human brain watching a customer standing around with money in his pockets and nothing to spend it on. Others would have lived and died with the small service station, and they do. My friend saw the diamonds.

Many service station operators, upon seeing a wealthy customer drive in, might say to themselves, I ought to be in his business. Not so. There’s just as much opportunity in one business as another, if we’ll only stop playing copycat and begin to think creatively, in new directions. It’s there, believe me. And it’s your job to find it.

Take the time to stand off and look at your work as a stranger might and ask, Why does he do it that way? Has he noticed how what he’s doing might be capitalized upon or multiplied? If you’re happy with things as they are, then by all means, keep them that way. But there’s great fun in finding diamonds hiding in ourselves and in our work. We never get bored or blasÃ© or find ourselves in a rut. A rut, remember, is really nothing more than a grave with the ends kicked out. Some of the most interesting businesses in the world grew out of what was originally a very small idea in a very small area. If something is needed in one town, then the chances are it’s also needed in all towns and cities all over the country.

You might also ask yourself, How good am I at what I’m presently doing? Do you know all there is to know about your work? Would you call yourself a first-class professional at your work? How would your work stand up against the work of others in your line?

The first thing we need to do to become a “diamond miner” is to break away from the crowd and quit assuming that because people in the millions are living that way, it must be the best way. It is not the best way. It’s the average way. The people going the best way are way out in front. They’re so far ahead of the crowd you can’t even see their dust anymore. These are the people who live and work on the leading edge, the cutting edge, and they mark the way for all the rest.

It takes imagination, curious imagination, to know that diamonds don’t look like cut and polished gemstones in their rough state, nor does a pile of iron ore look like stainless steel. To prospect your own acres of diamonds, develop a faculty we might call “intelligent objectivity.” The faculty to stand off and look at your work as a person from Mars might look at it. Within the framework of what industry or profession does your job fall? Isn’t it time for a refreshing change of some kind? How can the customer be given more value? Each morning ask yourself, How can I increase my service today? There are rare and very marketable diamonds lurking all around me. Have I been looking for them? Have I examined every facet of my work and of the industry or profession in which it has its life?

There are better ways to do what you are presently doing. What are they? How will your work be performed 20 years from now? Everything in the world is in a state of evolution and improvement. How could you do today what would eventually be done anyway?

Sure there’s risk involved; there’s no growth of any kind without risk. We start running risks when we get out of bed in the morning. Risks are good for us. They bring out the best that’s in us. They brighten the eye and get the mind cooking. They quicken the step and put a new shining look on our days. Human beings should never be settled. It’s okay for chickens and cows and cats, but it’s wrong for human beings. People start to die when they become settled. We need to keep things stirred up.

Back in 1931, Lloyd C. Douglas, the world-famous novelist who wrote The Robe, Magnificent Obsession, and other bestselling books, wrote a magazine article titled “Escape.” In that article Douglas asked, “Who of us has not at some time toyed briefly with the temptation to run away? If all the people who have given that idea the temporary hospitality of their imagination were to have acted upon it, few would be living at their present addresses. And of the small minority who did carry the impulse into effect, it’s doubtful if many ever disengaged themselves as completely as they had hoped from the problems that hurled them forth. More often than otherwise, it may be surmised, they packed up their troubles in their old kit bags and took them along.”

The point of the article was simply, don’t try to run away from your troubles. Overcome them. Prevail right where you are. What we’re really after is not escape from our complexities and frustrations, but a triumph over them. And one of the best ways to accomplish that is to get on course and stay there. Restate and reaffirm your goal, the thing you want most to do, the place in life you want most to reach. See it clearly in your mind’s eye just as you can envision the airport in Los Angeles when you board your plane in New York. Like a great ship in a storm, just keep your heading and your engines running. The storm will pass, although sometimes it seems that it never will. One bright morning you’ll find yourself passing the harbor light. Then you can give a big sigh of relief and rest a while, and almost before you know it, you’ll find your eyes turning seaward again. You’ll think of a new harbor you’d like to visit, a new voyage upon which to embark. And once again, you’ll set out.

That’s just the way this funny-looking, two-legged, curious, imaginative, tinkering, fiddling dreamer called a human being operates. He escapes from problems not by running away from them, but by overcoming them. And no sooner does he overcome one set of problems, but he starts looking around for new and more difficult pickles to get into and out of.

If you feel like running away from it all once in a while, you’re perfectly normal. If you stay and get rid of your problems by working your way through them, you’re a success. Start taking an hour a day with a legal pad and dissect your work. Take it apart and look at its constituent parts. There’s opportunity there. That’s your acre of diamonds.

To prospect your own acres of diamonds and unearth the opportunities that exist in your life right now, regularly challenge yourself with some key questions: 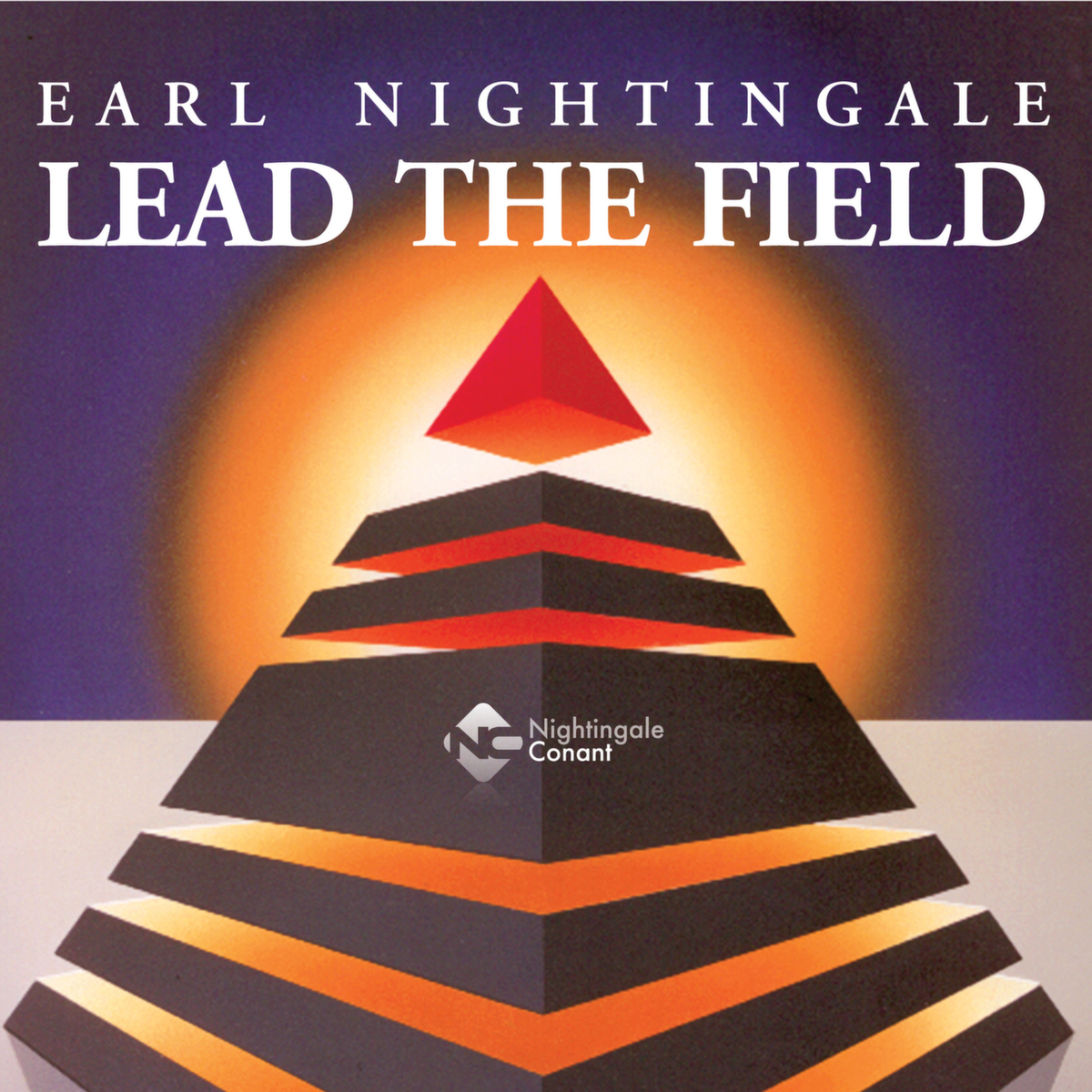 Learn more about Earl Nightingale and his many timeless books and audio programs.