In this collection of great ideas in sound, you will hear some of the greatest audio segments that we at Nightingale-Conant had the great pleasure to publish with Marianne---ranging from the late 1980’s to the early 2000’s, in both dynamic live lectures and intimate studio recordings.

Each volume of this series is organized around a specific set of topics on which Marianne had a great deal to say over these 25+ years. You’ll quickly discover why Marianne is considered one of the most powerful platform speakers in America, and why Mark Leibovich of the New York Times, referred to her as a true “self-help guru” of our time.

There is no better place to begin our library than with this first volume, which contains some of Marianne’s classic lectures on The Course, it’s content, it’s meaning, and its ability to completely transform the way you perceive the world, and act in the world.

Marianne discusses her unique perspective on the concepts of “success” and “failure.” She’ll discuss why you can write your own rules to be successful, how to build your house on rock to weather any storm that life may bring you, and why you need to give up the concept of “failure” and take responsibility for the choices you’ve made. In this session, Marianne refers to a recession that was taking place in the economy at the time of the recording. Use this idea of recession as symbolic of any downturns that may occur in your life---be they in the national economy, your personal economy, or your personal life in general. At this live seminar, Marianne teaches you to see successes and downturns in a whole new light.

Marianne Williamson has made bringing peace and light into regions of the world, and regions of one’s personal soul part of her mission---particularly brining peace and light into areas where there is very little of it to be found. In this volume, she focuses on those “dark” areas---such as suffering and disease, in ourselves, our society and our environment---instructing us on lessons from the Course and her own ideas to make sense of such darkness. But she doesn’t leave us there. She instructs us how to be awakened and reborn in the midst of this darkness.

Marianne focuses on two of the idea for which she is perhaps the most well-known: Abundance and Peace. She discusses overcoming our belief in “lack,” giving our gifts freely, and why peace means far more than the absence of war. Ultimately, the objective of The Course in Miracles is to bring peace to ourselves, and to our world. In this volume, you will hear some of the most important ideas that Marianne ever discussed.

One of the spiritual ideas which has fallen out of our modern consciousness, is the idea of holiness. But, not for Marianne Williamson. She considered it a very important idea---albeit her approach to holiness was somewhat different from the traditional religious understanding. In this special volume, she discusses the connection of holiness to an honoring of the present moment, and she gives her perspective on several spiritual traditions and rituals that can give structure and meaning to a rich spiritual life.

Do you believe in miracles? And if you do, do you believe that they still happen in our modern world? Marianne says an emphatic YES to both questions---she believes in miracles and believes that they do happen every day. She begins this volume by making this idea clear, how to become miracle-minded, and how embracing miracles in your life can lead to your own personal transformation.

So what does Marianne, The Course in Miracles, and the entire spiritual tradition in general have to say about the topic of money? Isn’t that topic purely the realm of financial experts and money managers? Not at all. Throughout Marianne’s career, she had a great deal to say about the topic of money—since it is such a highly charged topic that has a direct impact on one’s spiritual life, on one’s priorities, on whether one becomes more giving, or more greedy. In this volume of some of Marianne’s best live lectures, you’ll learn both the meaning of money, and why money “spiritualized” ultimately does not mean “working for money” but rather “working for God”---with money as a by-product.

As the proud parent of India Emmaline Williamson, Marianne had a great deal to say about parenting and children. And since Marianne’s role as a parent grew and changed throughout her career, as India grew, she spoke more from the perspective of a “fellow traveler on the journey” of parenthood and children, than as an expert. But, as usual, Marianne’s insights were unique and profound. Modeling love to children, putting children first, praying for children, dealing with divorce and children. It’s all here in this insightful volume.

Final volume in The Ultimate Marianne Williamson Library, we have put together a collection of Marianne’s ideas on the one idea to which everyone on the spiritual journey aspires----that of Transformation. Particularly at those “fulcrum points” or turning points at one’s life—marriage, parenthood, mid-life, divorce, illness, the empty-nest, etc., we look to be transformed from an old way of looking at life, to a profound new way---a way that will serve us, and thus the world, far better. In this concluding segments, Marianne will show us how to use the Holy Spirit as a bridge in perception for our own transformation, and how our purpose on earth is to initiate a mass awakening on the planet. 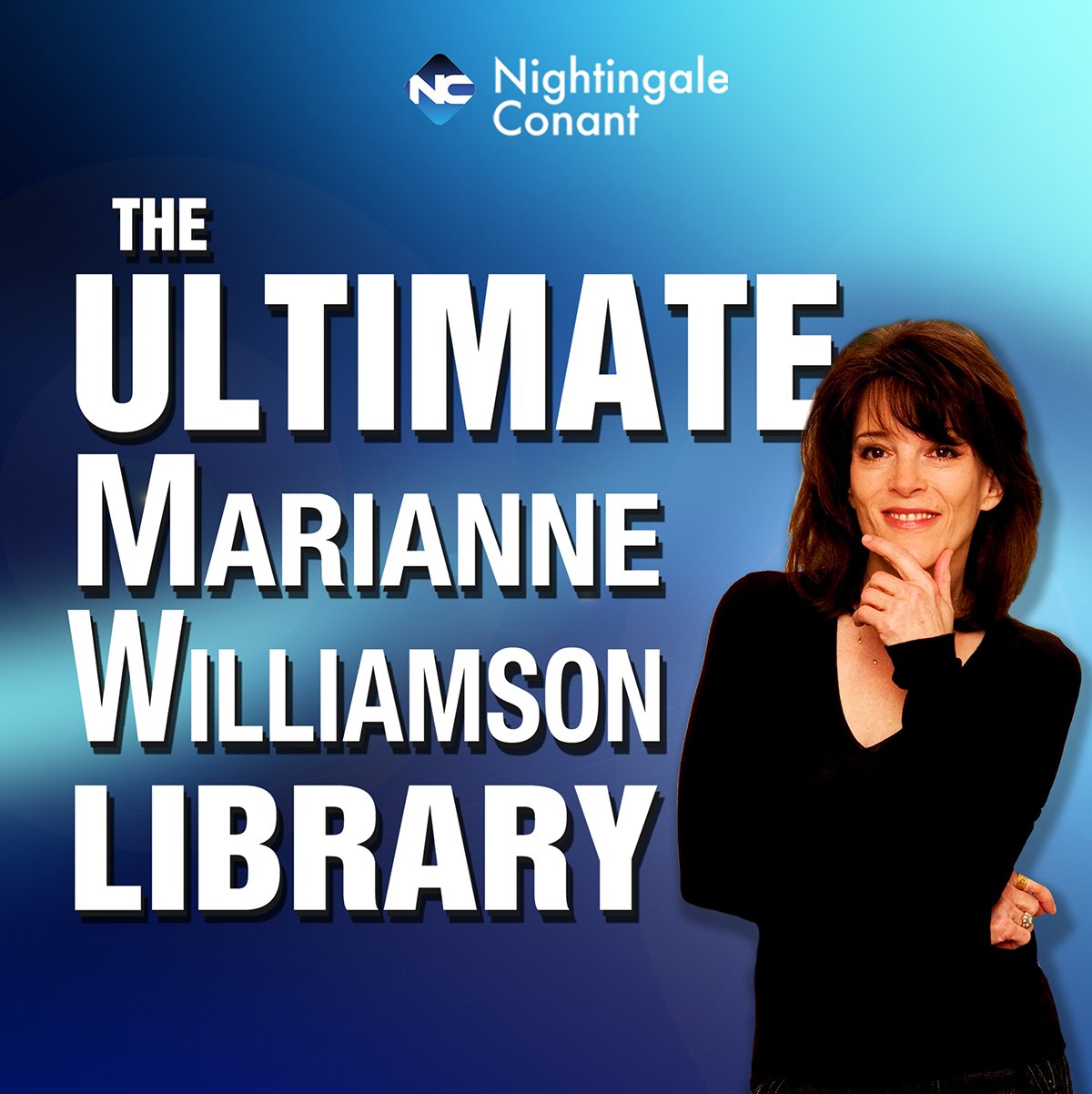 Pre-Order the CDs by October 5th, and receive instant access to the Digital Download at NO additional cost.
CDs Ship on October 6th
10 Audio CDs - Over 9 Hours of Audio
Special Pre-Order Price - $99.95

Get instant access to download or stream this program.
10 MP3 Sessions
9 Hours and of 32 minutes of Audio
Special Offer Price - $79.95

Marianne Deborah Williamson was born on July 8, 1952 to a Jewish family in Houston, Texas. The youngest of three children, Marianne graduated from Houston's Bellaire High School, put in two years studying theater and philosophy at Pomona College in Claremont, California, until dropping out in her Junior year and moving to New York City to pursue a career as a cabaret singer.

In 1979 she returned to Houston, where she ran a metaphysical bookstore. In 1987 she helped found the Los Angeles Center for Living, a support facility for those with life-threatening illnesses. Two years later she began Project Angel Food, to deliver meals to AIDS patients. In 1990 Williamson had her only child, and the pride of her life, India Emmaline.

Marianne is also the co-founder of The Peace Alliance, a grassroots campaign supporting legislation to establish a United States Department of Peace. She serves on the Board of Directors of the RESULTS organization, which works to end poverty in the United States and around the world. Williamson also produces the Sister Giant Conferences, highlighting the intersection of spirituality and politics.

Her mega-bestseller, for which she is world-renown, is her book A Return To Love—which has sold over 3 million copies. In a paragraph from that book, beginning “Our deepest fear is not that we are inadequate. Our deepest fear is that we are powerful beyond measure…” is considered an anthem for a contemporary generation of seekers.

The foundation of all of Marianne’s books, lectures, various initiative and organizations---and the classic audio segments that follow---is on a set of books called A Course In Miracles, a self-study program of spiritual psychotherapy, based on universal themes. 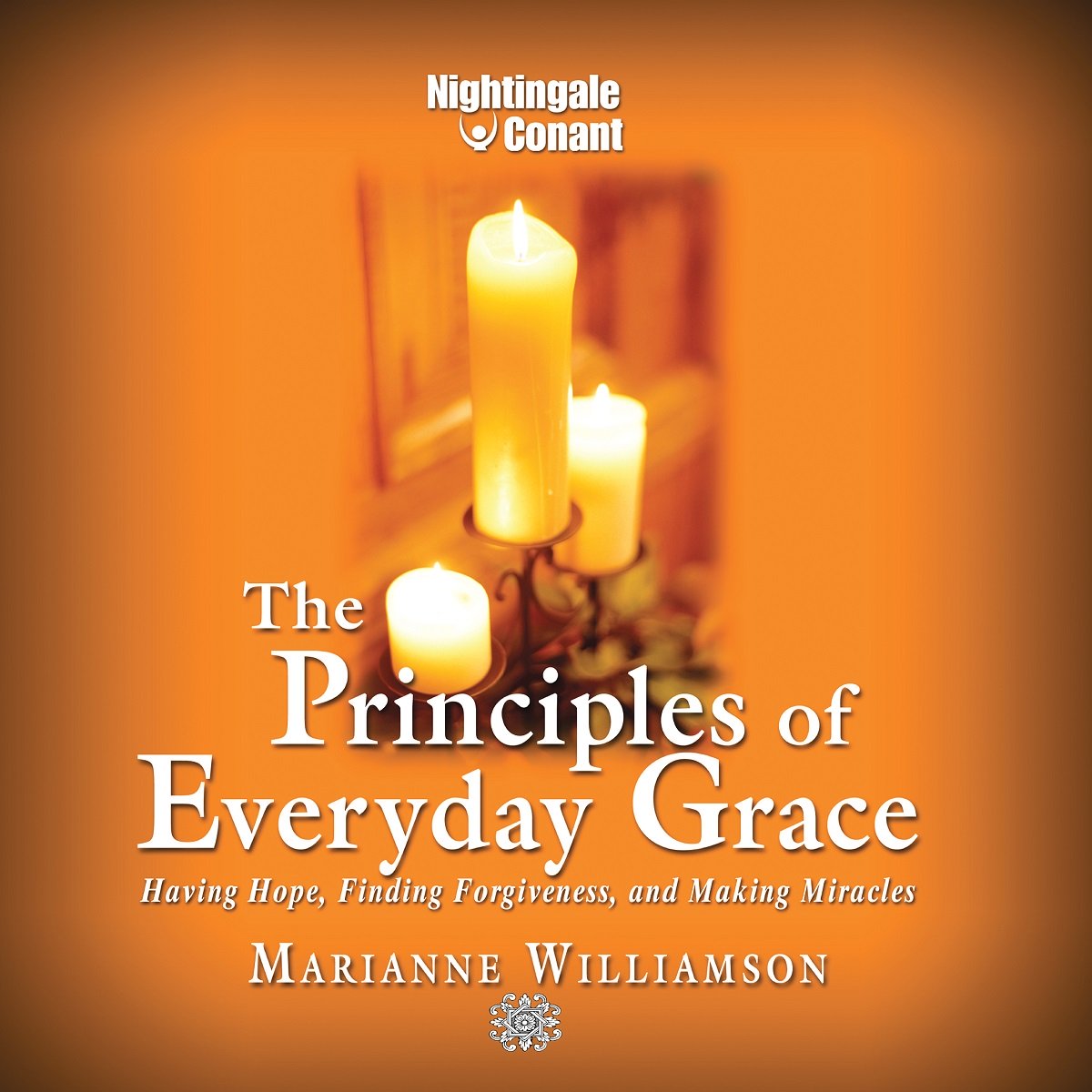 As this world appears to be speeding up and wrapping itself around fear-based thoughts, you find yourself having to make difficult choices. How do you find moments of grace during these personally trying times? The answer, according to renowned author Marianne Williamson, lies in asking for grace as you choose to focus on the opportunities that exist within these experiences 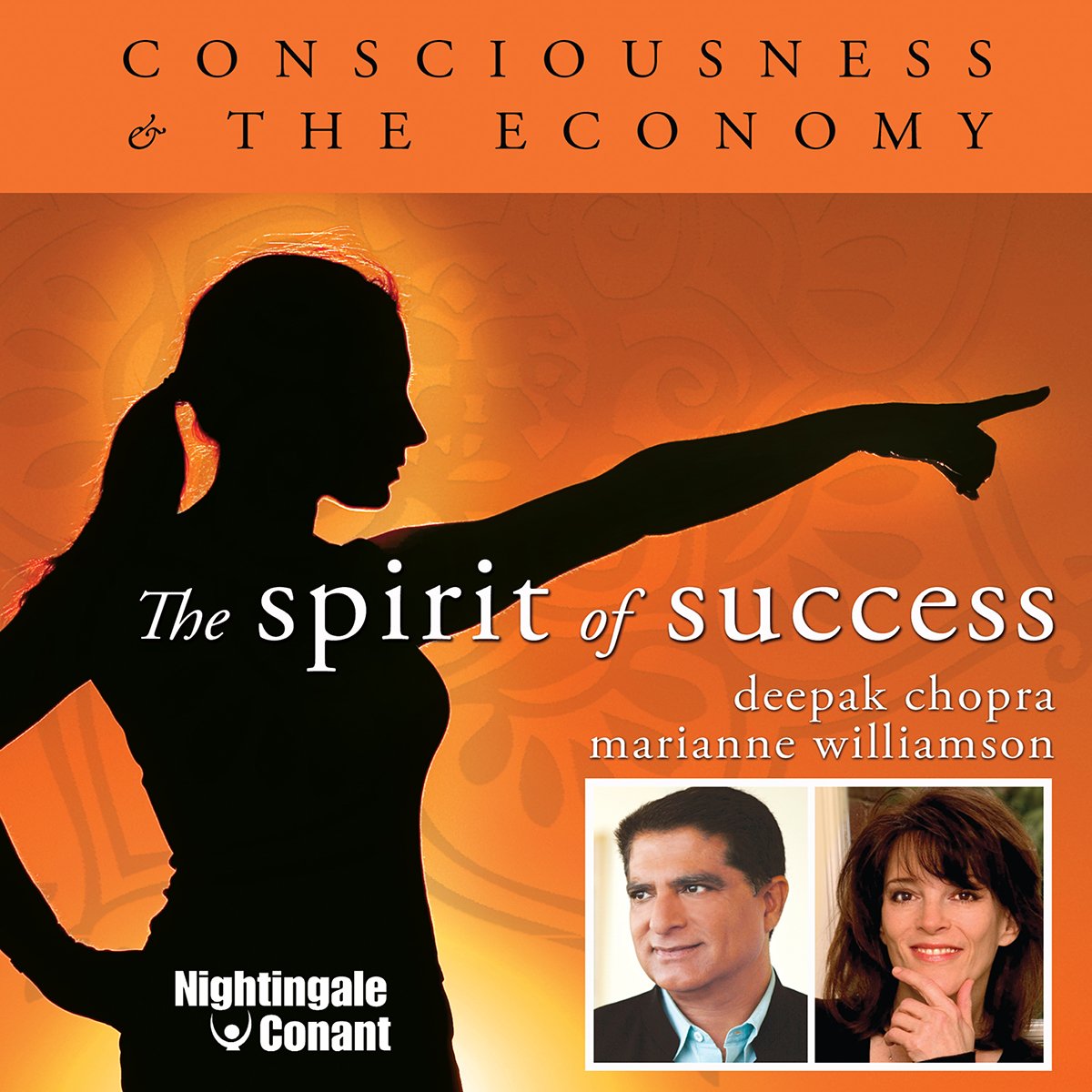 In the powerful and unique program recorded live in front of a sold-out audience, you’re presented solutions to some of the toughest challenges at this time in our generation. For the first time together Marianne Williamson and Dr. Deepak Chopra will take you through an in-depth understanding of consciousness as a field of infinite possibilities, infinite creativity, infinite energy and infinite abundance.