Hundreds of thousands of people have profited from the wisdom and savvy of Lead the Field!

In fact, Lead the Field has often been referred to as the "Program of Presidents" because so many top executives have incorporated Earl's guidance and wisdom into their management philosophies.

When you listen to this landmark program you'll be awestruck by the simplicity and timelessness of Earl Nightingale's words and ideas.

In this Earl Nightingale classic program, you will learn to:

Earl Nightingale grew up in California during the Great Depression. Because his family was very poor, Earl educated himself in his local library. His main focus: what makes people turn out the way they do, in terms of their wealth, their career achievements and their happiness.

After beginning his career in the US Marines during World War II, Earl was hired as a radio announcer. He eventually became a popular daily broadcaster for CBS. Through his interest in both personal development and audio, he partnered with Lloyd Conant to form the Nightingale-Conant Corporation. At Nightingale-Conant, he focused on recording the ideas and lessons about success that he studied throughout his life.

This amazing program is a practical course on how to think and act like a successful businessperson. The timeless stories Nightingale uses to make his points are as profound as they are simple. Listen just once and you'll be energized to achieve greatness.

Lead the Field has arguably changed more lives and created more millionaire than any other program Nightingale-Conant has produced. Order it today, and start moving into the top 5% of the world's earners!!

POSSIBLY THE MOST VALUABLE CD YOU’LL EVER OWN
Especially when it features the $83-billion-worth Warren Buffett and the $90-billion-worth Bill Gates. TOGETHER! Answering questions about their success, musing about their closely guarded secrets and philosophies. Thoughts that you can use to build your own success. Make your own millions. (Or billions!)
Don’t miss the chance to listen to two of the top billionaires, leaders and speakers of our time. 1 Audio Session/CD - 56 Minutes of Audio 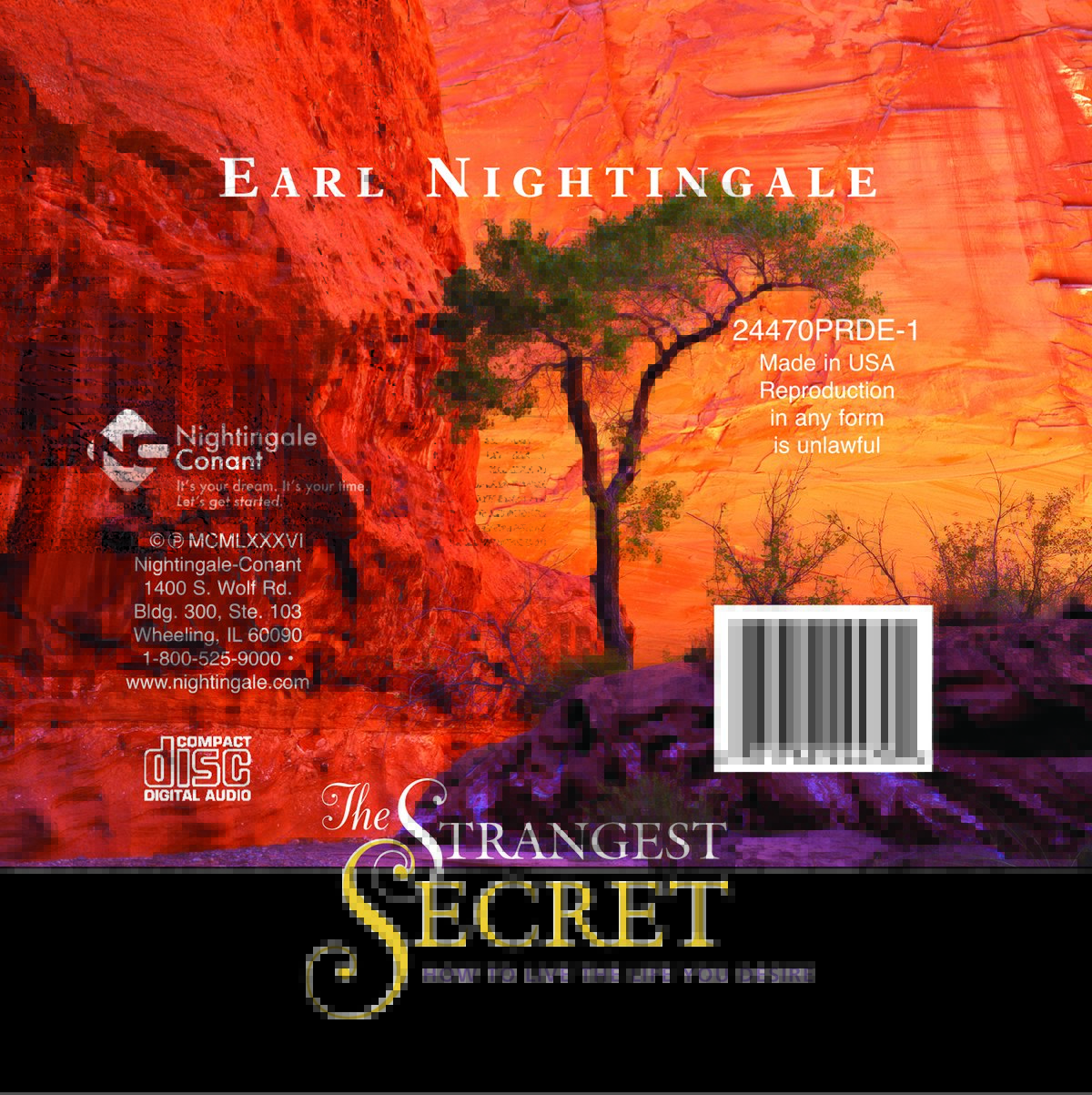 How to Live the Life You Desire
This amazing message was first played for a group of salespeople at Earl Nightingale’s insurance agency. - They were utterly electrified.
Word of it spread like wildfire, and everyone who heard it was positively ignited into action.
Today, more than 40 years later, The Strangest Secret remains one of the most powerful and influential messages ever recorded. It continues to transform the lives of everyone who hears and heeds it. 1 Audio Session/CD - 40 Minutes of Audio