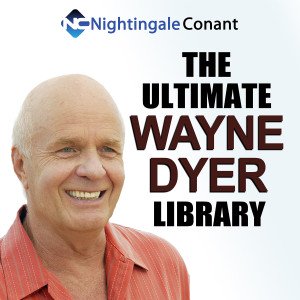 Ideas For You And Those You Love
Nightingale-Conant proudly presents to you an incredible collection of Wayne Dyer's extraordinary work in one library. This program is composed of classic audio segments from more than 12 of Wayne's best-selling programs and consists of the many key and very best ideas that can take you to new personal and spiritual heights in your life. Learn the idea that you are in control of your thoughts; How to forgive; The way of peace, love and the present moment; How to stop worrying about what others think about you; How to take full responsibility for every aspect of your life; How to choose to grow from any mistake; The practice of meditation and silence...and so much more!!! Enjoy listening to his powerful message in this library and get ready to start your journey to a better emotional and spiritual life. Learn More