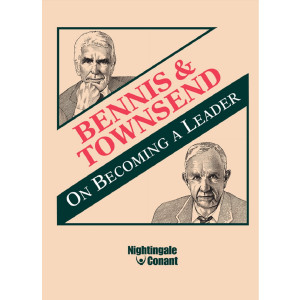 Based on interviews with hundreds of renowned leaders from a wide variety of industries and backgrounds, On Becoming a Leader will teach you the proven skills to take your employees, colleagues, and organization to the top. You can grow yourself into a leader. The time is right to do so. And this is the audio program that will help you do it. Learn More