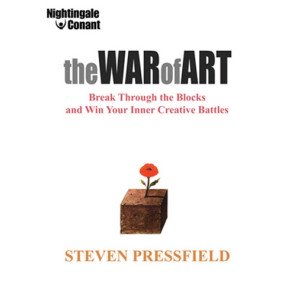 In The War of Art, you’ll gain the ability to break through blocks and win your inner creative battles. If you’ve ever dreamed about writing the great American novel or regret not finishing a painting, poem, or screenplay; starting a business or charity; even running a marathon, it will inspire you to identify, defeat, and overcome the obstacles that are standing in your way. Learn More