Robert B. Stone, Ph.D. has published 16 books on health and over 60 how-to and inspirational books with more than three million copies in print worldwide. He is also the author of numerous magazine articles.

As the Silva organization's Ambassador-at-Large, heintroduced the Silva Method in Japan, New Zealand and Thailand and has travelled the world presenting seminars and workshops. A member of MENSA, he has been elected to the New York Academy of Science, and is one of the leading theosophical scientists in the world. Bob Stone has taught at the University of Hawaii on the Silva Method, self-hypnosis and right-brain activation. He is the author of the best-selling Nightingale-Conant audio program The Silva Method. 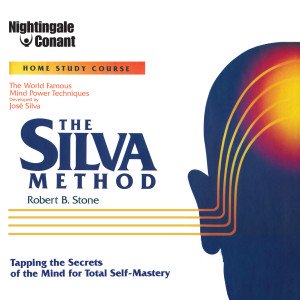 by Robert B. Stone

Tapping the Secrets of the Mind for Total Self-Mastery
Take a quantum leap toward leading a healthier, happier, and more fulfilled life. The Silva Method equips you with the tools you need to evaluate your productivity, increase your creativity, supercharge your problem-solving capability and greatly exceed your goals. Award-winning Silva trainer Robert B. Stone teaches you how to enter the Alpha State - an inner conscious level of brain wave frequency. At the Alpha state, you'll activate deep states of accelerated mental activity, intuition, learning, memory, ESP, tranquility, rest, and relaxation. Learn More