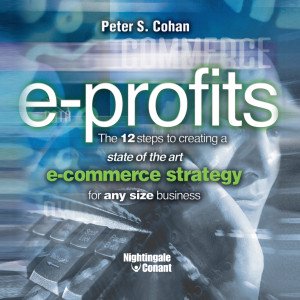 In E-Profits, business technology expert Peter S. Cohan maintains that the Internet, while unique in its’ aspect, is not much different from other industries. In this program Peter gives you those rules and guidelines. He breaks down the complexity of the Internet market by answering two basic questions: Who makes money in e-commerce? And how do they do it? Learn More