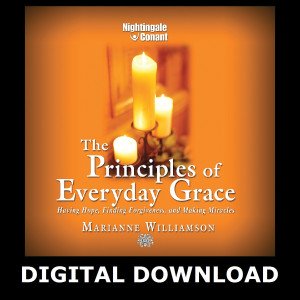 Having Hope, Finding Forgiveness, and Making Miracles
As this world appears to be speeding up and wrapping itself around fear-based thoughts, you find yourself having to make difficult choices. How do you find moments of grace during these personally trying times? The answer, according to renowned author Marianne Williamson, lies in asking for grace as you choose to focus on the opportunities that exist within these experiences 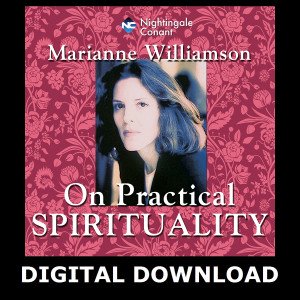 The Spiritual Path of Universal Love and Oneness...
All the great religious systems of the world speak of a divine consciousness within us, a deep center in our beings where all fear vanishes into core of oneness and love. It is here that we are all connected. It is from this place we form deep, spiritual relationships. Discussing how we access the enlightened energies of the spiritual center through loving thoughts and actions, and then apply these energies to the transformation of all aspects of our existence. This profound and illuminating live seminar will inspire you to bring healing to your life, relationships, and the world around you. In order to live more fully spiritual lives, we must unlearn much of what we have been taught, by a sleeping, loveless world. Withdrawing our attachment to the outer world, we can look within to the light of consciousness and love. Here, it is possible to let go of fear and experience the miracles that lie beyond it. 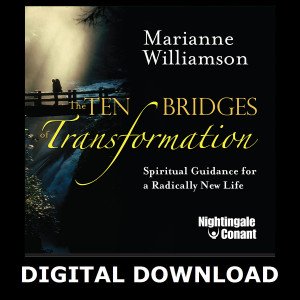 Spiritual Guidance for a Radically New Life
Addressing 10 universal human challenges that act as gulfs, separating us from all the things we most want and need in life. When they rear their head - as they quite frequently do - we are rendered paralyzed by them, powerless and incapable of true movement. Offering 10 radical new ways of encountering these inevitable challenges. These "bridges" will enable you to recognize the challenges and transitions of life as incredible opportunities for growth and enlightenment. Each one will carry you instantly from a specific challenging circumstance - anxiety, living in the past and future, focusing on guilt, negative thinking, and many more - to its positive alternative. The 10 bridges are an eternal compass that guides us along the path to spiritual wholeness. Anytime you are lost, confused, frustrated, doubtful, fearful, even hopeless, you can use these 10 active principles to immediately reorient yourself toward love, peace, and fulfillment. 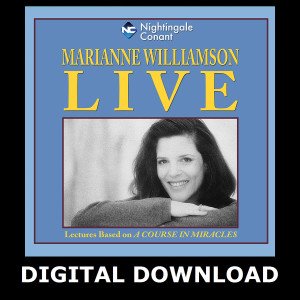 Lectures Based on a Course of Miracles
This uplifting series captures Marianne Williamson at her best - in front of a live audience - offering her insightful interpretation of A Course in Miracles, the revolutionary self-study program of spiritual psychotherapy. Promoting a shift in thinking which leads to radical inner transformation. Her breakthrough messages explore pathways for change that will lead you to an entirely new understanding of your world. Her insightful and inspirational teachings show you how to live more fully and freely - intellectually, emotionally and psychologically. Just listening to Williamson - who draws on metaphysics, Jungian psychology, personal analogies and humorous anecdotes - is a revelation in itself. With her exciting style and charismatic personality, you'll find yourself listening to these to these sessions again and again. She has captivated live audiences around the world. Her books have been best-sellers. Now you can experience this great spiritual teacher in her own words.