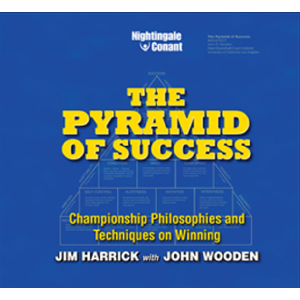 Learn to Compete at the Highest Levels! Coach Jim Harrick shows you how to maintain focus and develop an attitude that will make you a winner in any endeavor. He’ll also discuss the famous “Pyramid of Success” — a timeless blueprint for how to live a meaningful life —with its creator, John Wooden. Whether or not you’re a sports fan, you’ll recognize how the philosophies of coaches Harrick and Wooden transcend the world of athletics to provide lessons in any arena. Learn More