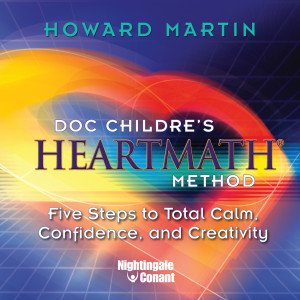 Five Steps to Total Calm, Confidence and Creativity
You’ll take one of the most exciting, thrilling explorations you will ever take, a journey that will bring more fulfillment and wonder than you have ever imagined, and open doors that you never even knew existed— a journey into your own inner heart. As you venture into your heart and discover your other intelligence that resides there— your heart intelligence— you will connect with its potent energy and begin to trust its power to create the life you are truly meant to live. You will know that your most reliant guide, your most loyal ally, and your truest source of wisdom and power reside not in your mind alone, but deep within you— right in the very center of your being— in your heart. Learn More