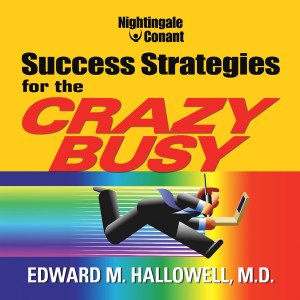 Gain a Sense of Order, Peace, and Contentment in a Crazy Busy World!
Do You Have More To Do Than Time To Do It? Have you ever come to the end of a workday and ask, “What did I accomplish today?” You may be exhausted from going 110% throughout the day, but when you look back on it, your day consisted of responding to emails and voicemails, meetings and shuffling paperwork. In other words, you spent time on a number of priority tasks, but your most important tasks were left untouched. We are all guilty of it and it’s such an easy trap to fall into. If you find yourself pulled in a million different directions, here's your opportunity to take back control and get more done than ever before! Build a manageable game plan for turning a hectic life into a fun, productive, rewarding, and satisfying life. Learn how to focus on your absolute most important items and make them top priority. Learn More