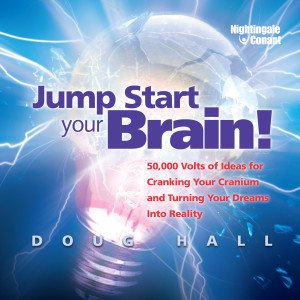 Doug Hall takes you on a fascinating adventure.His counterculture approach to creativity urges you to break through existing stagnating rules with childlike abandonment - and have fun doing it. Listening to Jump Start Your Brain! will allow you to access your creative genius and apply the systems that were conceived by one of America's top innovative thinkers of this millennium. Learn More