He retired from practice as an assistant clinical professor of surgery at Yale of general and pediatric surgery in 1989 to speak to patients and their caregivers.In 1978 he originated Exceptional Cancer Patients, a specific form of individual and group therapy utilizing patients' drawings, dreams, images and feelings.

The physical, spiritual and psychological benefits which followed led to his desire to make everyone aware of his or her healing potential. He realized exceptional behavior is what we are all capable of.Through his many bestselling books, audio programs, speeches, and pioneering work as a physician, Bernie has touched and transformed millions of lives around the world. He and his wife and coworker Bobbie, live in a suburb of New Haven, Connecticut. They have five children and eight grandchildren. 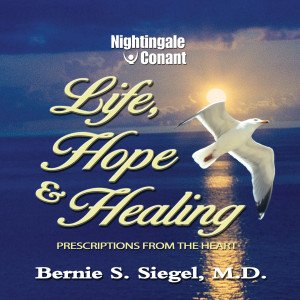