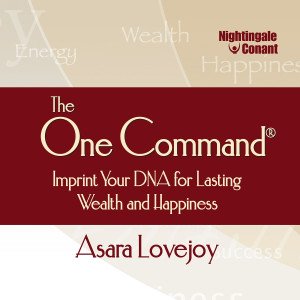 Imprint Your DNA for Lasting Wealth and Happiness
Unleash the extraordinary power of your theta mind for limitless success at every level! In this highly-anticipated program, beloved teacher and author Asara Lovejoy reveals her renowned One Command process for instantaneously accessing your theta mind — the “power mind” brainwave state which contains all the makings of your untapped greatness. The One Command will give you one of the most powerful and practical tools available for creating the life you want, deserve, and were truly designed to live. Learn More